As some of you know, as well as being a sff geek, I'm also a bit of a management nerd (hey, a girl's got to earn a crust somewhere...) So when MD Presley offered to come along and guest about using the Myers Briggs Indicator in character development, I jumped at the chance. And then I did it for some of my characters (turns out Kare's an introverted me. How cool.) 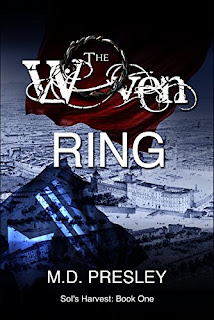 The phrase “know thyself” is credited to Socrates by Plato, and is an underlining tenant of modern psychology. There are myriad of forms this knowledge can be attained, and the field of personality psychology frequently employs the Myers Briggs Type Indicator (MBTI) to determine 16 different personality types. Since fictional characters are often extensions of the author’s own personality, I personally find the MBTI exceptionally useful when designing my characters.

And yes, I can almost hear you groan through the ether of the internet at the invocation of the MBTI. Lord knows I’ve heard enough groans when I mention it in person. But that’s in a large part because the MBTI has been coopted by motivational speakers, corporate consultants, and HR managers to ruin work retreats and interviews the world over. Despite this, the MBTI can be very useful when designing characters for fiction.

Before we delve into it, let’s explore its history a bit. The first seeds of it were created by the psychologist Carl Jung, famous for the collective unconscious, the shadow, and animus and anima. Yes, the same Jung beloved by hippies everywhere; the same hippies that probably hate the MBTI. Building upon Jung’s theories as well as her mother’s previous work, Isabel Briggs Myers created what would later be known as the Myers Briggs Type Indicator. And no, I have no idea why she called it “Myers Briggs” when her last name was Briggs Myers.

But remember the name Isabel Briggs Myers, because we’ll return to her later.

Now to the test itself, it’s broken into four axes (that’s the plural for axis –I looked it up), of two dichotomous traits. Each person exists on a spectrum between these two traits, but usually favors one over the other. From the permutations of these four dichotomies we get the 16 personality types, which we’ll get to in a minute. For now, let’s break out the dichotomies.

This one is probably so infused modern society that I probably don’t need to reiterate it, yet I will: Extroverts enjoy the company of others while Introverts prefer solitude. It’s obviously much deeper than this, but one of the best questions to tell if you’re an Introvert or Extrovert is to consider what you do when you need to emotionally recharge. If you need to see your friends at a party, you’re probably an extrovert, while the Introvert dearly needs some alone time to refresh.

One of the best descriptors for this I’ve ever heard is that Extroverts believe they are similar to everyone they meet while Introverts think they are inherently different. As such, Introverts act as interviewers in conversations, trying to parse the exact the way in which they differ from the person across from them. Extroverts, on the other hand, will grasp at any similarity; going so far as to say “you have a cat, well so do I!”

This category is a bit more difficult to explain because it pertains to how the individual gathers information. Sensory people prefer information that is tangible and in the present; things they can see and touch. Intuitive individuals, on the other hand, deal more in the abstract and enjoy facts, theories and patterns. The best example of this for me comes to how people learn math: If you need to work through problem after problem to extrapolate the Quadradic Equation, then you’re probably Sensory. If you look at the Quadratic Equation and then wonder why the math teacher is forcing you to work so many obvious problems, you’re probably Intuitive.

This axis pertains to how you make decisions based on the data you collected by being either Sensory or Intuitive. If it’s not entirely obvious yet, Thinkers tend to favor logic and prefer consistent, causal decisions. Feelers tend to favor emotions (duh) and empathy.

It should be noted that just because someone is a Feeler they cannot think in the traditional sense. Feelers can be quite logical and intelligent. It’s just that Feelers tend towards their emotions rather than logic when pressed for an important decision.

This was the axis added by Briggs Myer, and looks at if the individual prefers to make decisions via Judging (Thinking/ Feeling) or by Perception (Sensory/ Intuitive). There’s a whole lot more to it in terms of which are the dominant of those other axes, but really the gist is that Judging people like matters settled as soon as possible, while Perception people like everything open-ended.

And if you want to know if someone is a J or P, just look at their bedroom or work desk. If all their clothes are put away and papers in order, then they’re probably a Judging person. If it looks like a hurricane collided with a tornado and made a mess-baby of trash, you’re looking at a Perception person.

Before we move on again, I should again note that these axes are never set in stone, and everyone exists on a spectrum between the two extremes. Thinkers are known for emotional outbursts, and I myself am an inveterate Introvert, but have never shied away from public speaking. It’s just that, in the immortal words of Bartleby the Scrivner, “I would prefer not to.”

Now to the actual 16 personality types permutated from those four axes… we don’t really have the time to get into them. But give them a whirl on the ol’ Wikipedia, and you’ll see that there’s gobs and gobs of info on each type. For instance, the INFP is the most common type for musicians and is also called the Healer/ Helper type. The INTJ is called the Mastermind and tends to be incredibly pragmatic. Also, female INTJs have a tendency to be attracted to men who are more intelligent than they are, which can be unfortunate for very intelligent women of this type. ESTP: artisans and motivators who love life and know how to pour on the charm.

Now to get back to writing and creating characters: I believe these 16 personality types are exceedingly effective for the character construction process and have been using this trick for years. Because to have characters that leap off the page, you, the author, need to know them as well as you know yourself. This includes not only their personal history and backstory, but how they react in the present. So, of course, if you know your protagonist is an ENTP, s/he is a master of relationships and enjoys motivating others. As such, you can have better understanding of your character and how s/he would react to the events of your plot.

But we’re coming at this backwards, and I’m finally getting to my point: The goal is never to use the MBTI personality types to decide your character from the onset; rather discover your character through the test.

That’s why I take the MBTI as all my major characters and suggest you do the same.

The reason for this is simple: When taking the MBTI you get dozens of questions that are “would you do A or B?” and this makes you consider how your character would react in these specific situations. It gets you thinking inside their head. Sure, you get a nice printout after the fact telling you what your character is like, but it’s the moments where I’m wondering “does Marta stand in the center of the room or near a wall at a party?” that I really get to inhabit her head rather than just think of her as a character. She is no longer an entity manufactured by my words on a page, but a living, breathing individual that I have to answer for. Literally.

So yeah, “know thyself” was preached by Plato and proved important enough of an aphorism it was inscribed on the temple of Apollo. I, in turn, believe as authors we should know our characters just as well as ourselves, and strongly suggest the MBTI to help in the process of writing. And a lot of that is because the MBTI has been intertwined with writing since its inception with Isabel Briggs Myers. Because after graduating first in her class from Swarthmore College in 1919, Isabel wrote Murder Yet to Come using the ideas that would later become the MBTI in her character construction, which won her an award at the time.

Obviously, we as authors don’t care about awards or fame, rather the authenticity of our writing. But if the MBTI can help with that by rounding out our understanding of our characters, it makes sense for us to use every tool in our toolboxes. And if it wins us the awards and success, all the better, right?

Well, that all depends on what personality type you are…

If you’d like to find out, here are a few free online MBTI tests:
https://www.16personalities.com/free-personality-test
http://www.humanmetrics.com/cgi-win/jtypes2.asp
http://www.truity.com/test/type-finder-research-edition